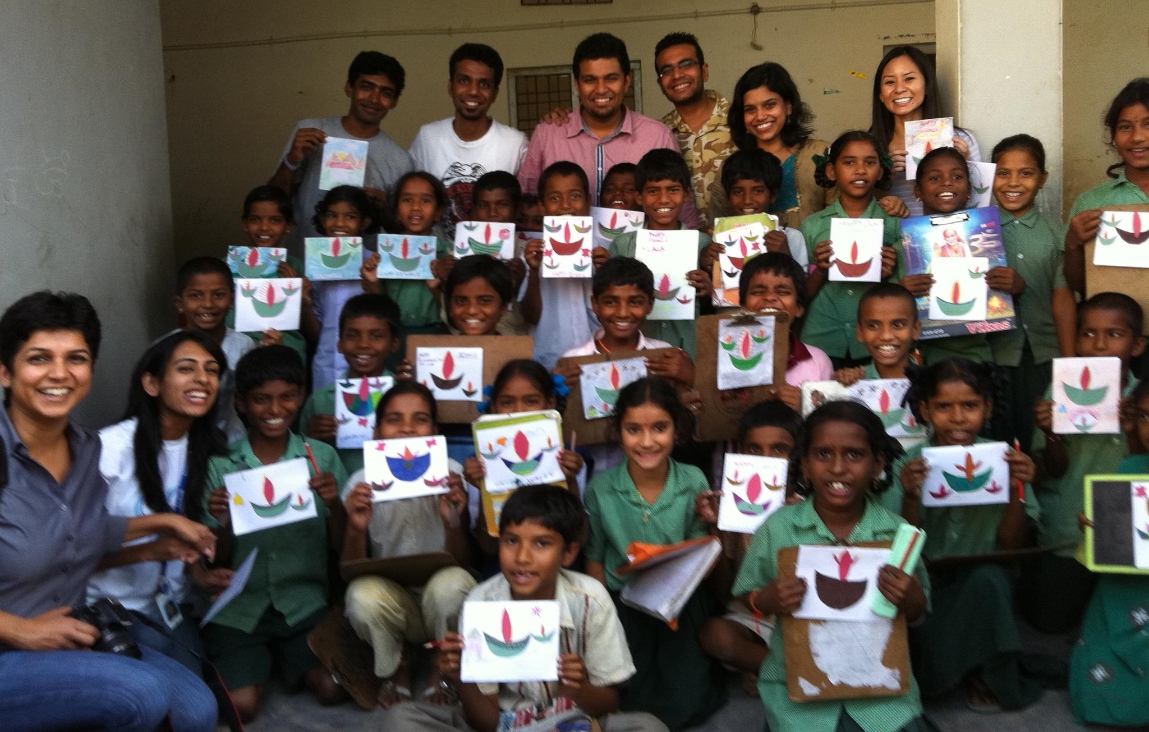 The Superpower of AND

Read the full feature on WinPE

A self-professed optimist, Kirthiga delivers hard-hitting truths about the state of gender diversity and shares advice on how organizations and individuals can break down glass ceilings. Her unflinching perseverance is as apparent in this feature as in the milestones of her hugely successful career.

Q1. How would you compare the state of gender diversity between Silicon Valley and India?

Ans: The issue is global, whether it’s an emerging market like India or the US, the highest-ranking country in nominal GDP. It is disheartening to see how little progress has been made despite all the focus on the issue. As one example, with current rates of change, the global gender pay gap will close in 257 years, according to the World Economic Forum. That’s even worse than last year, when the organization estimated it would take 202 years to close the gap. We will not live that long. If we account for intersectionality, e.g. female and person of color – the statistics are even worse.

Let’s start with the similarities. First, the statistics are dismal. In the US, women lead less than 6% of the country’s top 3000 companies. In India, 3% of CEOs and Managing Directors of companies listed in the National Stock Exchange are women. Second, we see a huge drop-off during the child-bearing years in both countries. Third, there has been talk about the focus on diversity as a way to improve business performance for decades.

Some differences: India is still a patriarchal society and there are fundamental barriers for women to overcome that are not as prevalent in the United States. My grandfather didn’t come to see me when I was born – because I was a girl. In Indian families, the son more often than not gets first dibs on the opportunity for education, mobile phones, etc. If there is anything left, the daughter is included. Child marriage and female infanticide, although illegal, is still prevalent. Also, poor infrastructure poses huge challenges. Of many things I have inaugurated, I will never forget working with Plan India to inaugurate the first (and only) toilet for a school, which had been operational for many years. It is not surprising to see school dropouts when a girl hits puberty.

Q2. You have been in industries and sectors that are traditionally male dominated. Any particular incidents that stand out in your mind?

Going down history lane, another anecdote I vividly remember was the first time I was named on Fortune India’s Most Powerful Women list. As I was leaving home for the awards ceremony, my husband, Dev, proudly said, “Congratulations again!” I tried tempering his personal pride with my response, “You know that I am only on that list because of my role as MD, Facebook India. It’s a celebration of Facebook, not a personal celebration.” He sat me down and said “There are many people who applied to be the MD of Facebook India. You’re there for a reason and as much as this is a reflection of that role, it is also a reflection of what you’ve done to get to that role and your impact since – so make sure you own this.”

I have also had my share of instances of getting an opportunity based on merit and having that accomplishment reduced to “it’s because she’s a woman.” It’s about having to work twice as hard to prove oneself and to be seen just as good as men, despite an exceptional performance. As research shows, men are promoted based on potential and women are promoted based on performance. I have seen this happen in my own case and when I take other women to the promotion panel. This is the reality that we have to acknowledge as we fight for equality and a 50-50 world.

Q3. How does your organization approach gender and other diversity initiatives?

Ans: Change first starts from within. As Harvard Business Review reports, “venture capital firms that increased their proportion of female partner hires by 10% saw, on average, a 1.5% spike in overall fund returns each year and had 9.7% more profitable exits (an impressive figure given that only 28.8% of all VC investments have a profitable exit).”

We set up a diversity council, established the Rooney Rule which mandates that at least two qualified diverse candidates are interviewed for every role, with at least one diverse interviewer represented on the hiring team. We set goals on diversity that the leadership team is measured on. We invested in helping create affinity groups within Softbank for women, underrepresented minorities and the LGBTQ community.

We’ve used the platform to drive change at a portfolio ecosystem level. For Example, Connect + Lead was a program through which we brought together rising women leaders from our portfolio companies across the globe to give them the connections, and the counsel needed to enable them to rise faster and higher. We work with industry partners like All Raise who focus on increasing women representation in the VC community and are anchor members in HimForHer NGO, focused on increasing Board diversity. As Jocelyn Magnan, Founder, HimForHer, says: “It is a marketplace problem, not a pipeline problem.” Highly-qualified diverse candidates exist but you don’t have access to them through your normal connections. You have to work harder to get to them.

Last year, we developed an accelerator program, Emerge, a partnership between SoftBank Investment Advisers and WeWork Labs, with the goal of accelerating diversity in tech and entrepreneurship by connecting underrepresented founders with the tools, network and funding to help them scale. Recently, SoftBank Group, Corp. announced its $100M Opportunity Fund to invest in innovative companies led by people of color. We need more diverse founders; we need more diverse investors on cap tables and we need more initiatives like WinPE to help drive that whole pipeline. Together, we must and can do better.

Q4: What’s your advice on balancing personal and professional priorities? Any advice to young women?

Ans: I believe it is imperative to take your whole self with you—whether you are at work or at home. I am a full-time professional, a full-time mother, a full-time wife, a full-time daughter, a full-time friend and more. If I am going through a particularly busy phase at work, I talk to my girls about it. They offer me the most practical advice and are wonderfully accommodative during the ‘work-heavy’ phases. Similarly, if I am worrying about my mother’s health, my SoftBank Investment Advisers family is wonderfully supportive. They serve as pillars of strength that keep me going.

Three pieces of advice for the next-generation:

Ans: I am a technologist, an optimist, and an adventurer. My mother didn’t finish high school because her parents believed she knew enough math to do the grocery bills and didn’t need to study any further. I am so grateful that my parents thought very differently. I was the first person in my family to travel internationally for post-graduate education. Being accepted to Stanford Graduate School of Business, being the first employee of Facebook India, being the first woman partner on the investing team at SoftBank Investment Advisers —dreams can come true. 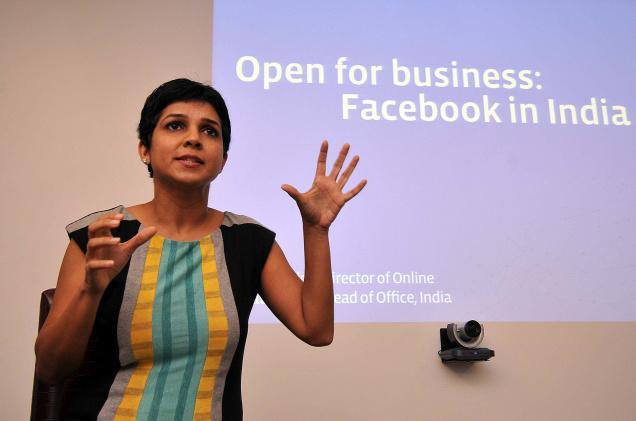 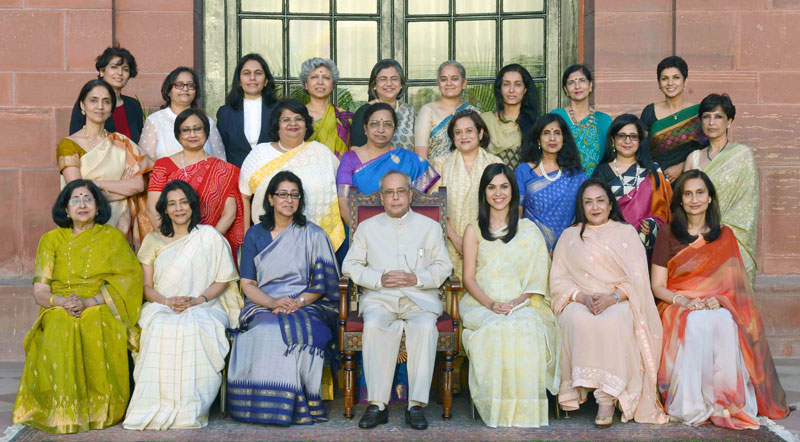